Sam Kieffer is only 11 years old, but that doesn’t stop him from doing what he can to help fund research that could save his father’s life. 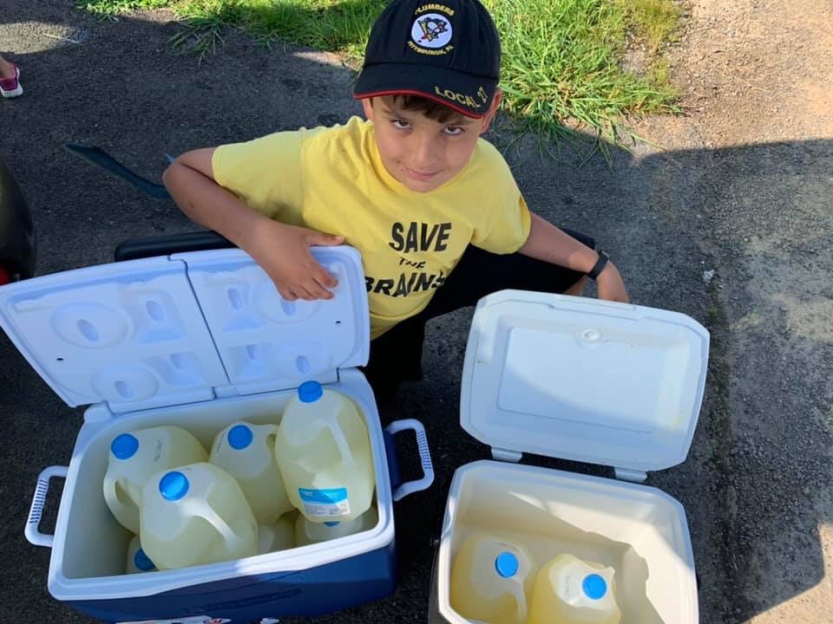 “When I was 7 years old, I found out the unfortunate truth; that my dad had an epidermoid brain tumor,” Sam recalls.

The precocious pre-teen took time out from selling lemonade and cookies at a community event on Sunday to do a quick, impromptu interview. With the help of some friends and his Mom, Terri, Sam is raising money for the Epidermoid Brain Tumor Society.

Sam says that he felt helpless when he first heard about his dad’s diagnosis, but then he realized that there was a way he could actually help. Together with his younger siblings; brother Jesse and sister Savannah, the Kieffer kids began raising research funds for the rare tumor through their own “Save The Brains” campaign. Masterminding the operation, Sam has hosted so many lemonade stands and bake sales that his group has raised tens of thousands of dollars to become the single largest donor to Save the Brains.

MORE BLESSINGS AND A BOOK

When he’s not securing funding for Save the Brains, Sam is getting donations for his outdoor food pantry, which he calls Sam’s Blessings Box. Located in his Pittsburgh neighborhood, the Blessings Box is a way for people in need to obtain free food and toiletries.

But that’s not all–this whiz kid has published a book of poetry, titled “Freedom Zone”, in 2018. I reported on Sam’s accomplishment for the Pittsburgh Post-Gazette more than a year ago. He had just hosted his first book signing at a local library and was getting rave reviews.

“This child takes what he’s feeling on the inside and makes it a positive thing to help his dad and other people,” Sam’s 3rd grade teacher, Mrs. Brianna Amoscato, told me.

Sounding like an adult, Sam credits her encouragement as the reason he published his first book.

“I thought I would be terrible at writing poetry,” he readily admits, “But then we got to share our poetry, and my teacher loved it. She said, ‘Holy cow! These are really good!’”

“For a student his age, it’s a phenomenal talent,” said Mrs. Amoscato, adding, “Sam is very creative, and his language is sophisticated.”

Watching his young son do whatever he can to raise funding to find a cure, Sam’s dad has a new outlook on his brain tumor. “He sees it as a blessing,” Terri tells me, “because our son is doing so much to try to help others who also have it.”

Fewer than 2 percent of the American population have this tumor. The Epidermoid Brain Tumor Society has been searching for a scientist to take interest in studying the rare tumor. They hope that the additional funding brought in by Sam and others like him will facilitate such research.

Listed on Amazon, “Freedom Zone” costs $10. “Half of the money I make from my book goes to the Epidermoid Society to help my dad, and the other half goes to my college fund,” says Sam. He has since found that he really enjoys creating his own comic books and intends to come out with a new book amidst his busy schedule. “Drawing is something I like to do in my free time.” 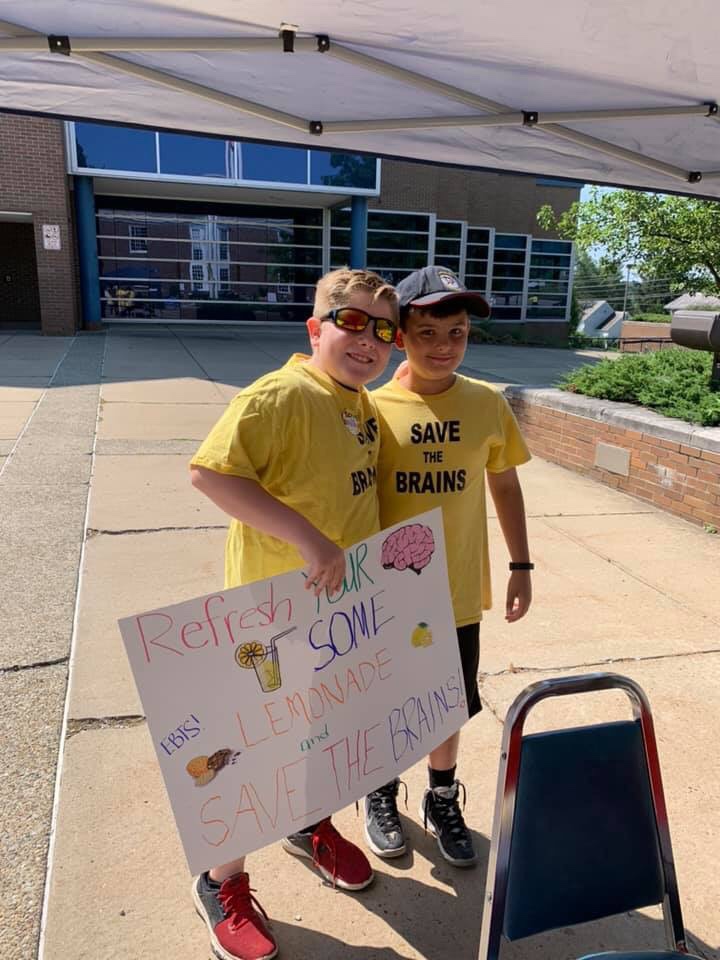 “Don’t let anyone or anything stop you. Give it a try, and if it doesn’t work, always think of a different way to do it,” says Sam.

It’s sage advice from someone in sixth grade. His attitude is positive, and he prefers to focus on a good outcome to any dilemma. According to this wise young man, “You hear a lot of things on the news about bad people, but there are good people out there, you just have to know where to look. I think perspective is everything, and a bad thing isn’t always a bad thing if you take a look with a new perspective.”

Sam plans to continue his efforts to help raise money and awareness of the Epidermoid brain tumor. You can help by purchasing his book on Amazon and following his Facebook page.

I will certainly continue to follow Sam’s adventures and accomplishments.

Sam is in the process of reading my book: Like It Was Yesterday, A Journalist’s Files Since 9/11. I took the opportunity to ask him his thoughts on it, and his reply blew me away!

“It’s a good book, but it’s also very deep and sad,” he told me, adding that prior to reading my book, he didn’t know very much about 9/11. “I knew that there were plane attacks and the Twin Towers were demolished, but that’s about all I could tell you. I knew that it was obviously a sad day, but I had no idea how actually tragic it was. Seeing how everyone reacted, all the phone lines down, people trying to call their loved ones…”

Sam’s mom also told me that while he’s reading the book, they have had insightful conversations about 9/11. “Your book started us talking about that day with him,” she told me. “Thank you so much for writing it.”

I wondered if Sam was affected by knowing more details about America’s reaction to 9/11. Was he worried such an event might happen today? He said he’s aware that bad things can happen, but he’s not going to live his life in fear. “I try to look for the positive in most situations,” he explains.

ALWAYS LOOK FOR THE GOOD

With a thriving charitable “business” going on in the background, Sam has clearly learned how to make a sour experience sweet.

“In the beginning, I thought I had no control and there was nothing I could do, “ he recalls.

At the tender age of seven, Sam thought about his father’s situation and realized that by raising funds for research, he could take action all by himself. “That’s when I started looking for positive outcomes. It started with a hot chocolate stand and progressed from there,” he says. He’s not yet a teenager, but his wisdom is timeless… and timely.

People should inspire their kids, Sam advises. “The sky’s the limit, and you can do what you want if you believe in your heart,” he says, noting that he realizes that he’s become a role-model for other kids his age. “It’s a really good feeling to inspire other people.”

“Sam’s presentation at SNHL was beyond words,” described librarian Mrs. Ing Kalchthaler, Youth Services Coordinator, of his June 5 book signing. “So many people of all ages came out to hear him and were inspired. Here I am 46 years old, and I feel renewed and inspired.”

PLEASE HELP SAM SAVE THE BRAINS

Sam set a goal of reaching $15,000 by the end of summer, and he’s currently only about $140 away! Please help Sam reach his goal: www.gofundme.com/samandjessesavethebrains.